Miracle Workshop is a collaborative project with Give Kids the World Village, a nonprofit resort in Central Florida that provides cost-free vacations to children with life-threatening illnesses and their families.  Our goal is to retrofit Tom Foolery, an existing puppet and design him to be a robust animatronic figure that can be easily operated by a naïve user-which in the GKTW context would be their volunteers. Additionally, we are re imagining Tom Foolery’s story, creating a more interactive show, and installing show elements to develop a magical, immersive experience for the children who visit the village. Our project started in Spring 2018 and we have been working over an year to bring Tom Foolery the puppet back to life and install him at Give Kids the World village. 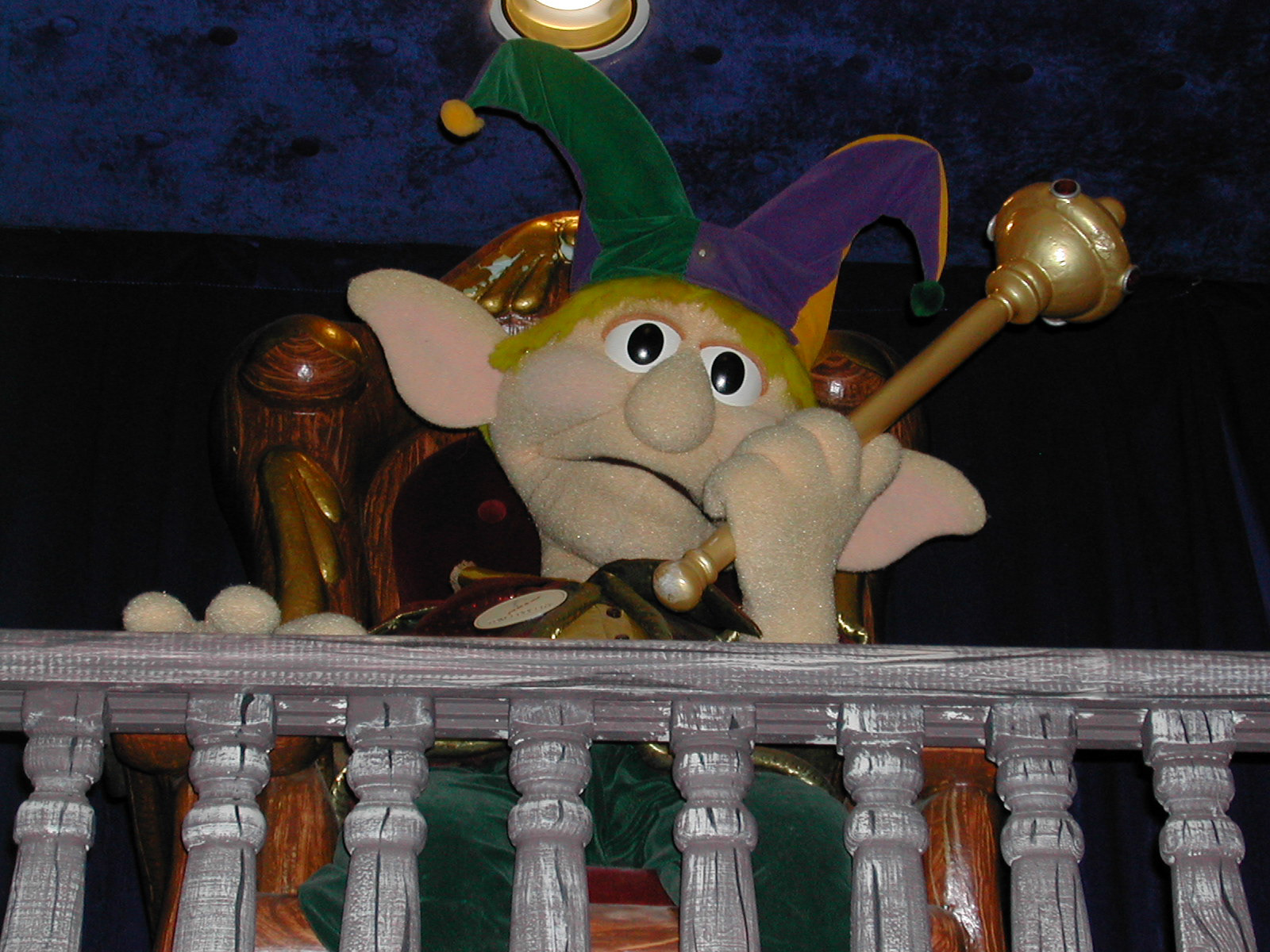 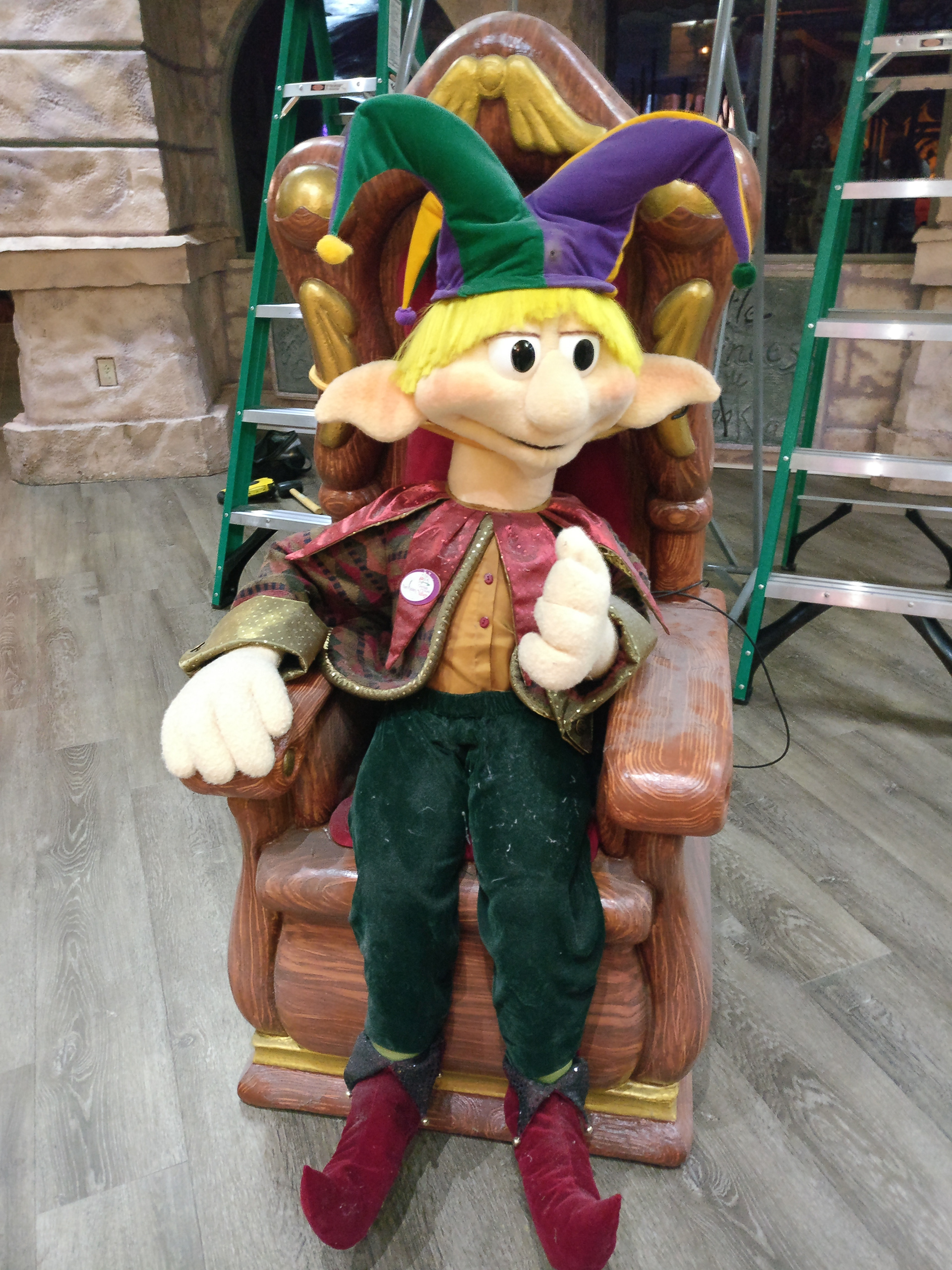 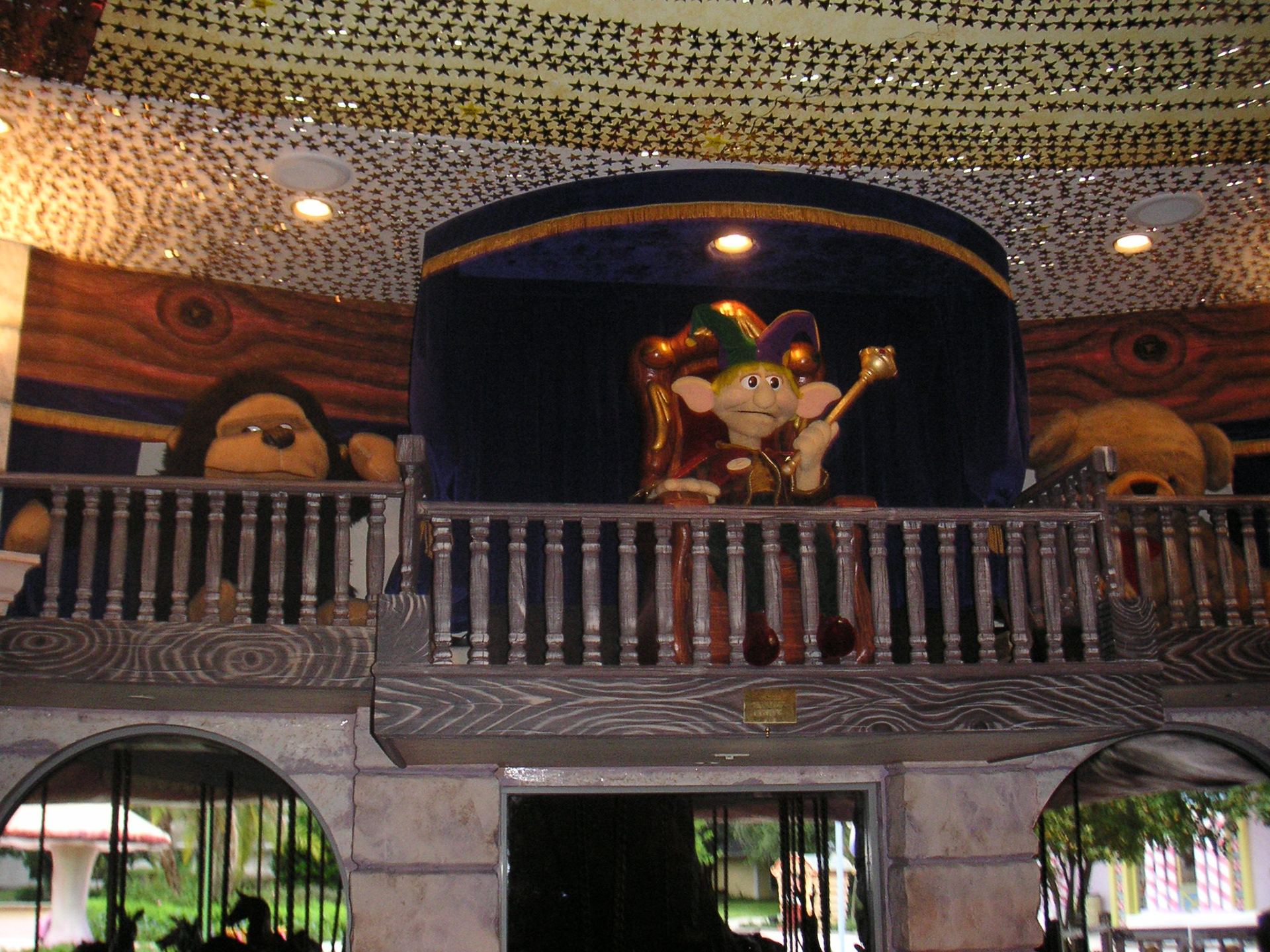 My role as a Figure Animator/3D Artist was to work and animate 3D model of the puppet in Maya . For animating the puppet in Maya we began by creating a model of it with same specifications using photogrammetry. The model was then cleaned up in Zbrush software so that it can be used for Rigging. 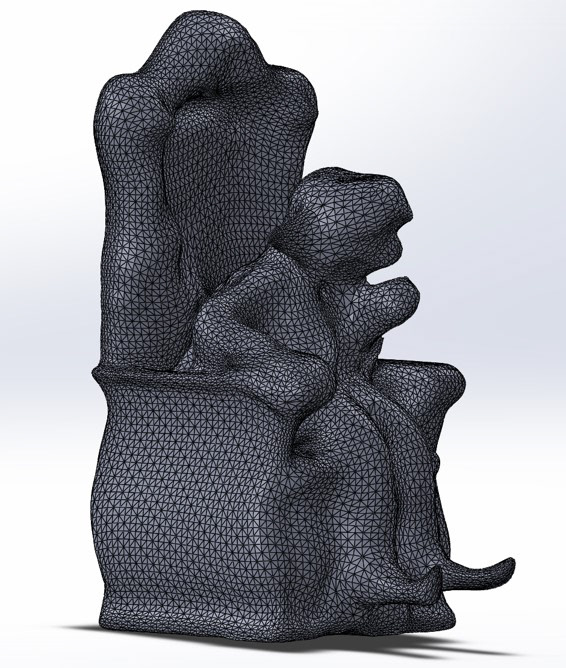 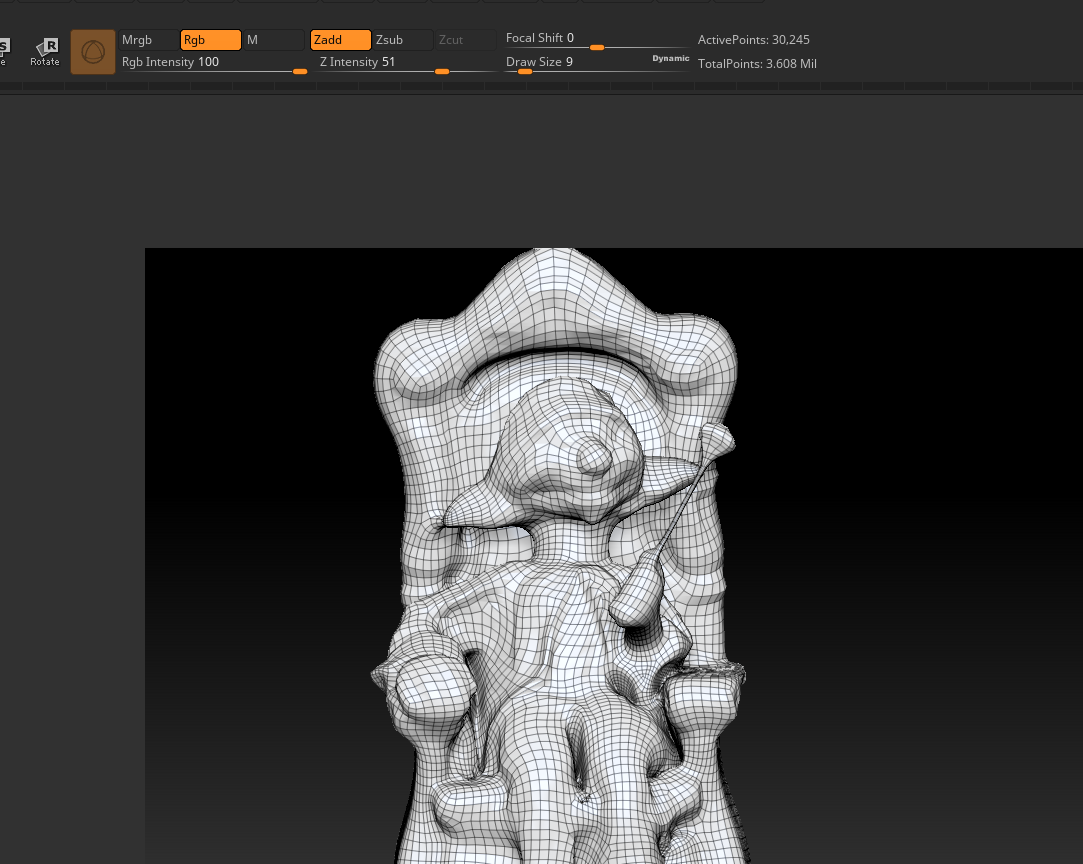 We then used the 3D model to help in the mechanical design. For this purpose I had to place joints at different locations to help our mechanical engineer visualize the different functions from different pivot points.For example in the below images for the head turn function we placed the joint first at the base of neck and then at the middle of the chest to understand the movement from these pivot points. 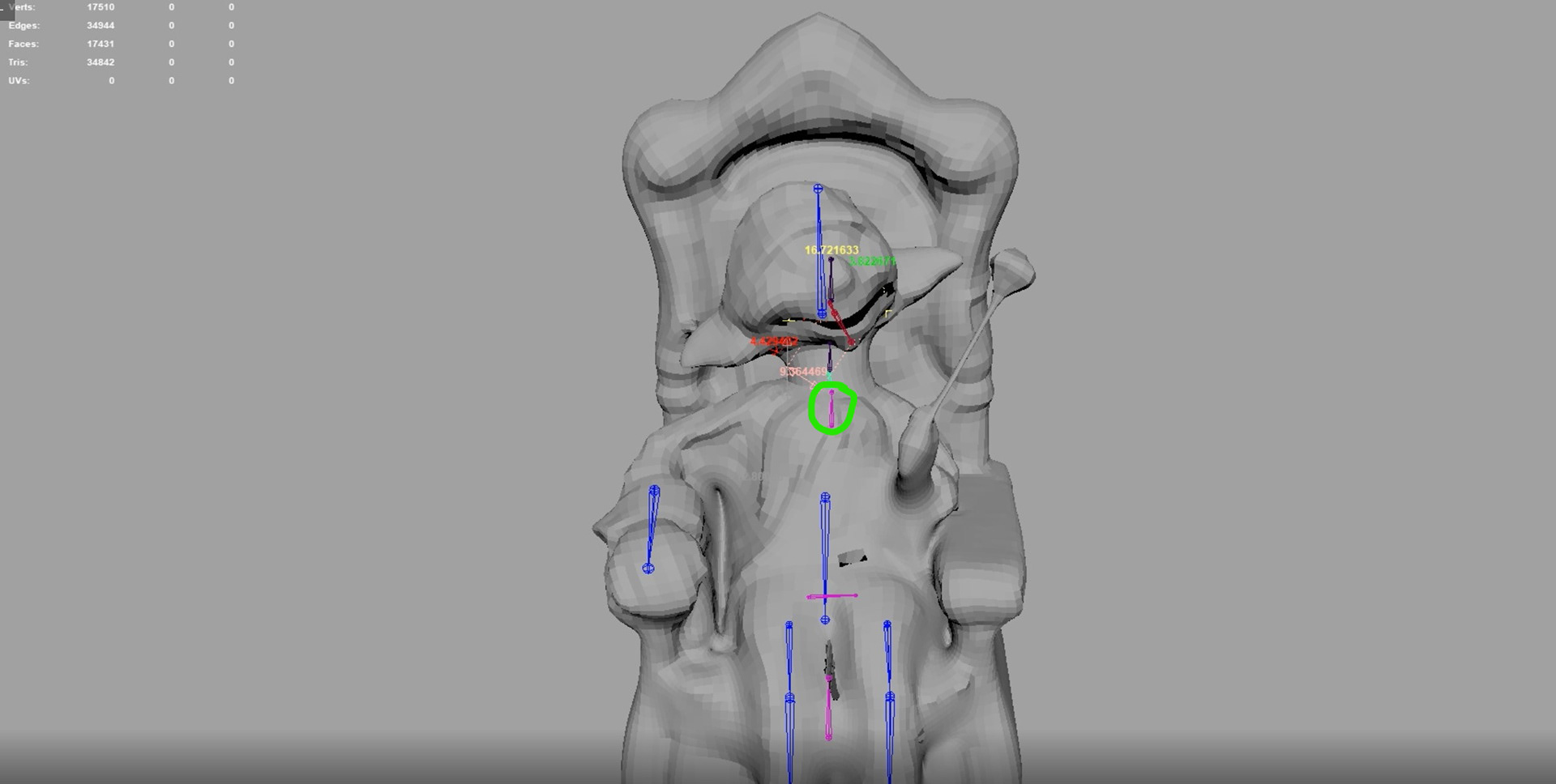 For rigging the 3D model I used the 3D model of the mechanical design created by our Engineer as a reference as it allowed me to place the joints at exact positions as the design would fit inside the puppet. After creating the rig I used inverse kinematics to replicate the mechanism for the 5 different functions which are Head Tilt, Head Turn, Mouth Open/Close, Torso Forebend and Scepter Movement. 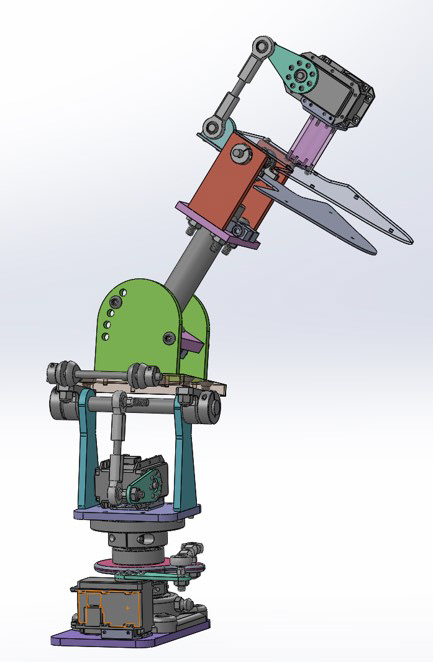 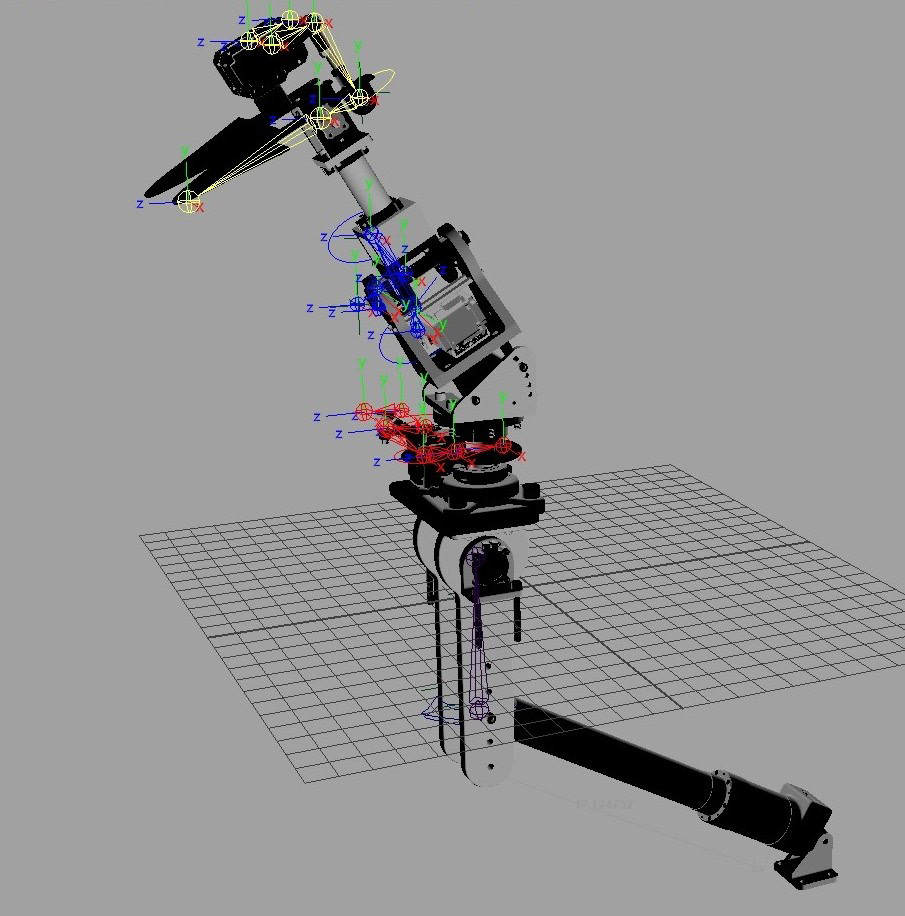 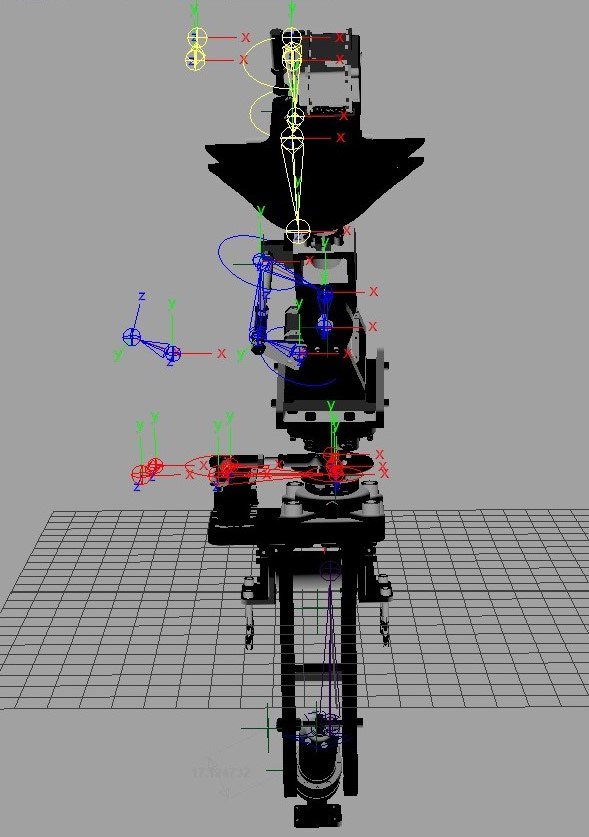 Rig created for the 3D model replicating the mechanical design created by our engineer.
After rigging the 3D model I then started animating the puppet for the story content created by our Creative Director. The major challenges were to give the character an accurate character profile and create animation sequences that highlight his character traits.
I looked up a lot of reference videos for muppets while animating the puppet to get the lip sync right. I worked with our creative director and recorded videos of him acting out the content to get acting references while keeping the Tom's functions in mind.
Another challenge was after blocking out the first set of animations, I had to test them out on the animatronic, polish them making the animations, transition from one animation to another smooth so that it not only makes the character look more realistic but also causes less wear and tear on the animatronic.
Tom's animations in Maya
We converted the animations using a 3D converter given to us by our partner vendor Weigl control that converted all the data from Maya into data readable by the motors on the animatronic. I worked with our Show programmer to clean up the animations further using the show controller software.
I created a lot of animation for different types of shows like Dance Party, Story time, Magic Trick, Seasonal content etc. Our creative Director created a lot of show content so that the volunteers can use Tom during the day as well as the night. Since the puppet is installed on a balcony, I had to ensure that he bends and looks at the kids making eye contact to make the interactions feel more real. Another important show was the interaction of the puppet with an existing animatronic Father Time in the castle. The major challenge for me was to ensure that the puppet is looking at father time while interacting and we ensured that the timing matched up with Father Time's show. For this we worked closely with ITEC who helped us integrate the puppet with Father Time as well as their existing system in the castle.
Tom performing Shows at Castle of Miracles at Give Kids the World Village, Florida
To get a more idea about how our team worked together to bring Tom back to life please visit our project website click here and have a look at our project trailer below.​​​​​​​
↑Back to Top

Insert copy here, which should vary depending on your region. Accept